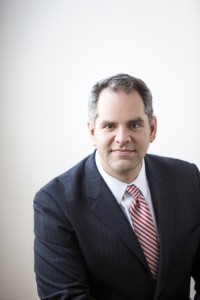 'Credit Card Fraud' is actually a combination of crimes, and the exact charges vary depending on the facts of the case. Typically, it involves a combination of of Identity Theft and Grand Larceny. At our firm we have seen an increase in charges involving credit card cloning; credit card information is allegedly stolen, and then used to create new physical credit cards with the defendant's name on the cloned cards. Those cloned cards are then used to buy goods or services.

These cases are won with hard work. We have to out-think and out-prepare a prosecutor who has unlimited resources to call witnesses from banks across the country; to subpoena cell phone records and use government databases to try and pinpoint the location of defendants on the dates and at the times of the crimes that are charged. So that is what we do. For every hour of actual time spent on trial in a courtroom, we will spend three hours preparing, anticipating the potential moves a prosecutor might make, and taking every step we can to win a not guilty verdict.

If you are charged with Grand Larceny and Identity Theft because of allegations of credit card fraud, and if you are committed to winning at trial, call an experienced attorney with a proven record. Our number is (585) 485-0025.