Being charged with a crime typically begins when law enforcement writes a traffic ticket or issues you an appearance ticket, and directs you to appear in a particular court at a particular time.

Your first court appearance is called an arraignment. (You are entitled to legal counsel at that court appearance, and at every further appearance for any charge more serious than a traffic ticket.) When you appear before the judge, you will be read the charges in detail, and you will be given a copy of the paperwork accusing you of violating the law (those papers are called "accusatory instruments"). If you don't have a lawyer, the judge should enter a plea of "not guilty" for you.

Aside from identifying yourself, you should speak little (if at all) during your arraignment. You are in a court of law, being recorded, and everything you say can be used against you. You still have the right to remain silent, so please use it. There is one exception, and it should be approached carefully.

After the judge reads the charges against you and enters a not guilty plea on your behalf, and after the issue of bail status is heard, the judge will set a new court date for you to reappear with counsel. Your job now is to go find a lawyer and return to court. The sooner you start making calls to attorneys, the better. With more lead time we are often able to get more issues resolved, and it makes your court appearances go much more smoothly.

If you find yourself charged with a crime near Rochester, NY, contact The Militello Law Firm at (585) 485-0025 for a free telephone consultation and case evaluation. We have excellent client reviews, outstanding trial results, an offer free telepone consultations. 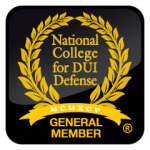